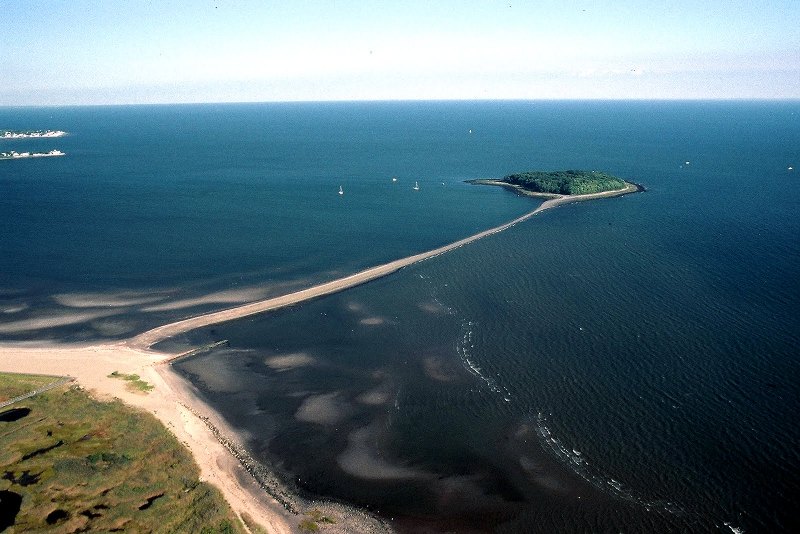 Charles Island Natural Area Preserve, designated a Natural Area Preserve by the State of Connecticut in 1999, is a small densely wooded island important to Connecticut’s waterbirds. Geologically it is a coastal moraine segment, formed by an unsorted glacial deposit (a mixture of rocks and sediment). It is also a “tied island,” tied to the mainland by a connecting bar or tie bar consisting of pebbles and cobble. This 14-acre site hosts one of the state’s largest remaining breeding colonies of heron and egret. Designated an Important Bird Area by the National Audubon Society, it provides nesting habitat for rare bird species, including great and snowy egret, long-eared owl, and least tern. Throughout history, plans for the island have included a tobacco plantation in 1657, a fertilizer plant, a hotel in the 1880s, and a Catholic men’s retreat center in the 1920s and 1930s. All eventually failed, leaving only a few remains of the retreat center.

The Milford Open Space Steering Committee prepared a 63-page guide to the history and usage of natural resources in Milford, Connecticut, including mentions of Charles Island and Silver Sands State Park.

This article explores the historical usages of Charles Island, as well as plans for the island that never came to be before the island was acquired by the State of Connecticut in 1960.